The Witch’s House was originally built on a studio lot in Culver City, California as a set for a few silent films including Hansel and Gretel.

In 1924 when the studio shut down it was moved to its present location located a few blocks from Rodeo Drive in Beverly Hills where it then became a private residence.

It was really small only containing a small foyer, one bedroom, a bathroom and a tiny kitchen.

Fast-forward a realtor purchased the house in the 1990’s and restored etc. 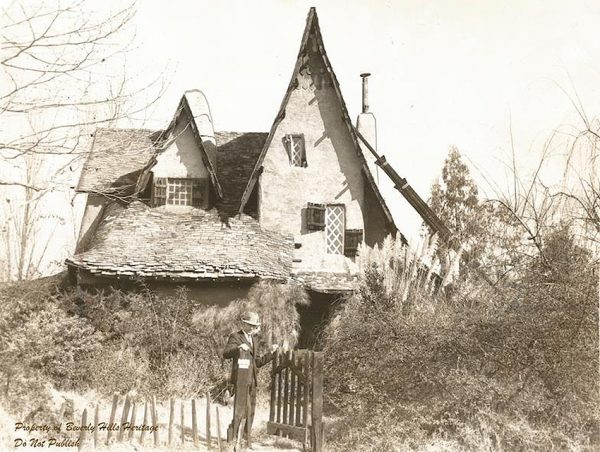 The 1920 Witch’s House of Beverly Hills.

Los Angeles Magazine shows lots of photos and the full story about the work done to the Witches House.