Do you have old wood windows that are stuck, rotted, drafty?

Advertisements and professionals tell us to replace those old windows and by doing so you will be: Old wood windows like this can be restored to last 200+ additional years.

The Replacement Window epidemic is just a conspiracy to take your money!

What you have been conditioned to believe about old and Historic Wood Windows vs Replacement Windows is wrong.  Here you will learn all you need to know to make an informed decision of whether or not your old wood windows should be replaced.

If you must replace your windows, you will know what to shop for based on the design and style of your house, and which window designs to avoid.  YOU will become the pro!

Understand the Truth About Windows

There is a great deal of information to read here including links to other sites for important reading. This is something that must be done before you undertake a monetary and aesthetic investment.  I cannot stress this enough.  Let the buyer beware because there’s no turning back!

Windows are the eyes of a house.  They are the most important character defining feature creating the greatest visual impact on the overall appearance of a house. A house with replacement windows is a damaged house.

Because of this, the decision to replace an original wood window must be carefully considered and understood.  We all want to reduce our heating bills and save money.  How can we do that with 100 year old, drafty windows that are in bad shape?  You can – there is no need to compromise.  Read on and see for yourself.

You are currently at Part 1 of “The Truth About Windows”

Click below to continue to the Next Page or return to the Windows Menu. 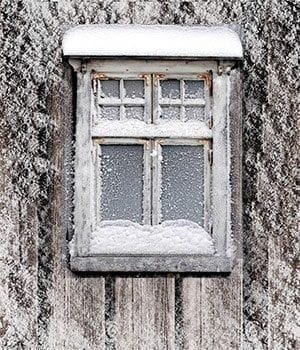 Part 2: Window Energy Performance
Old Wood Windows vs Replacement Windows. How to be Green, Save Energy, Save Money, and Avoid Scams. Proven facts window salespeople don't want you to know.
NEXT PAGE