Following the lives of the four March sisters—Meg, Jo, Beth and Amy—the novel details their passage from childhood to womanhood and is loosely based on the author and her three sisters.

Since 1917, the book has been adapted for film seven times. The most popular and also very traditional movie to watch around Christmas is the 1933 version.

In December 2019 a new version will be premiering marking the 150th anniversary of “Little Women”. 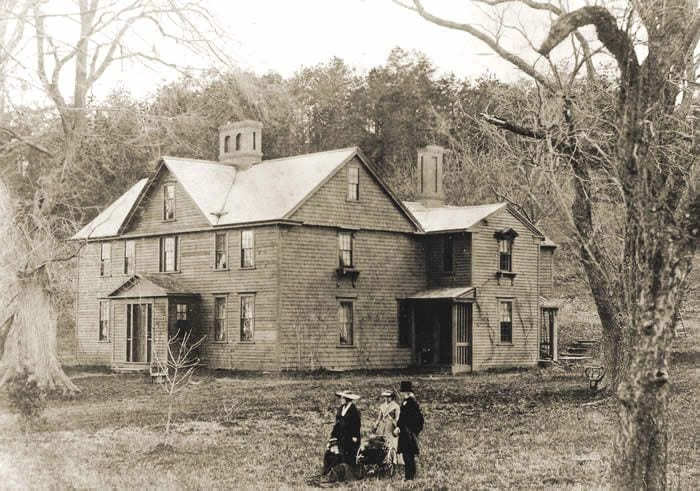 The Alcottts at Orchard House in 1865. 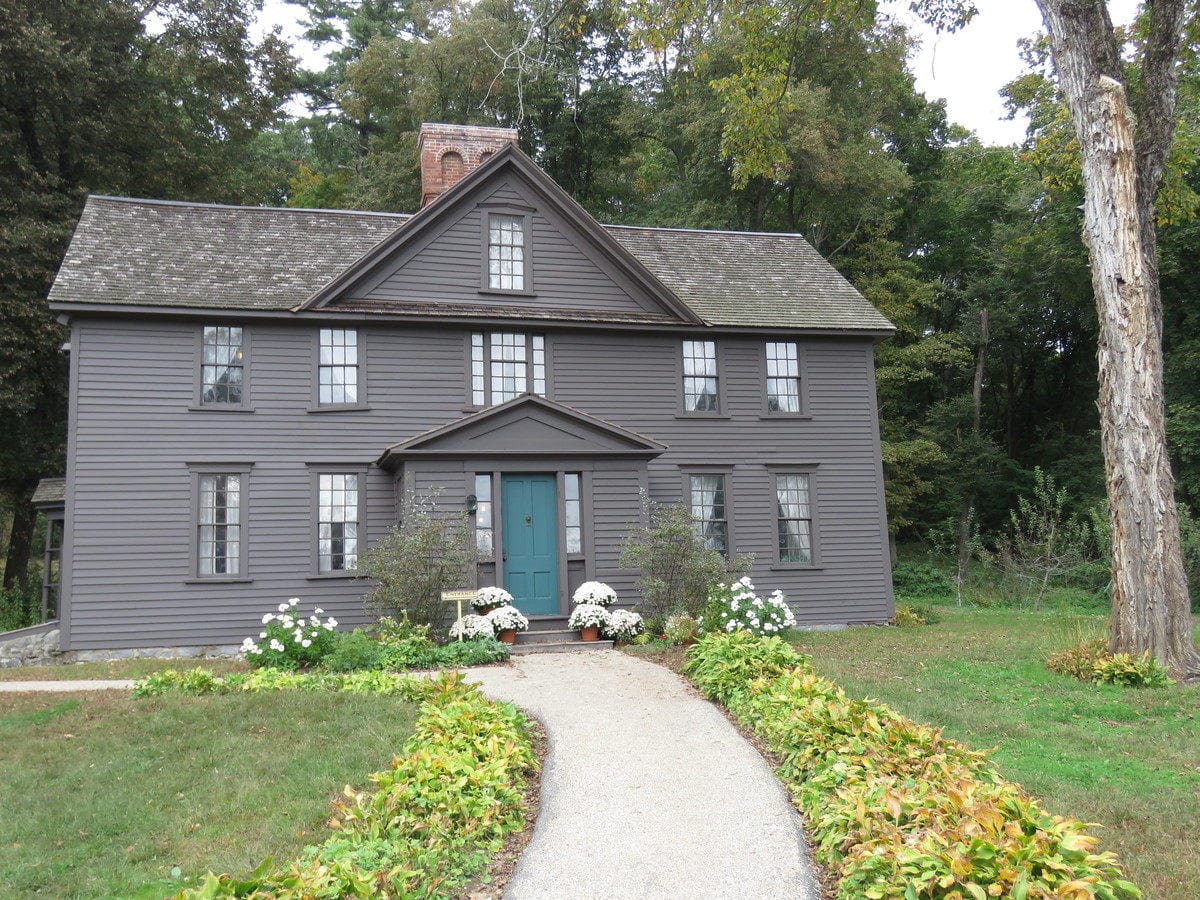 The story takes place in The Orchard House in Concord Massachusetts.

The Orchard House as named by the family, was purchased by Louisa May Alcott’s father, Bronson Alcott, in 1857. Prior to moving here, the Alcotts had already moved twenty-three times in the prior twenty years. This is the house the Alcotts called home until 1877.

The house was a two-story clapboard farmhouse that had two rooms on the first floor and two rooms on the second floor. It was built sometime between 1690 – 1720. The house and its outbuildings were on 12 acres of land surrounded by orchard apple trees, giving the home its name.

Bronson Alcott made significant changes to the building. He installed alcoves for busts retrieved from his failed school, repaired the staircase, installed bookcases, constructed a back studio for his youngest daughter May’s artwork, and installed a rustic fence around the property. He also moved a smaller tenant house to adjoin the rear of the main house, making a single larger structure. While the home was being renovated, the family rented rooms next door at The Wayside while the Hawthornes were living in England

The family moved into the house during the spring of 1858.

The family of vegetarians were very poor and had straw mats on floors. It wasn’t until 1868, after the publishing of “Little Women” which brought in a lot of money that the family was able to live more comfortably.

The Alcott family lived there for 20 years. Nobody could have imagined the prominence their home would gain in American literature.

There have been no significant changes to the structure of the building since the nineteenth century. In its present form, Orchard House is a 2½-story frame and clapboard building. It was never painted, but allowed to weather and become a natural part of its environment. Today it appears to be painted gray. I’m surprised at the absence of shutters.

In 1882 the Alcott family sold Orchard House. The house was occupied until in 1911 when the Concord Women’s Club decided to purchase the house as a permanent memorial to Louisa May Alcott. The Louisa May Alcott Association assumed title to the property. The Association operated Orchard House as a museum. Since approximately 80 percent of the furnishings on display were owned by the Alcotts, the rooms look very much as they did when the family lived here.

The house was documented by the Historic American Buildings Survey in 1941. In 1962 the property was designated a National Historic Landmark. [National Park Service] 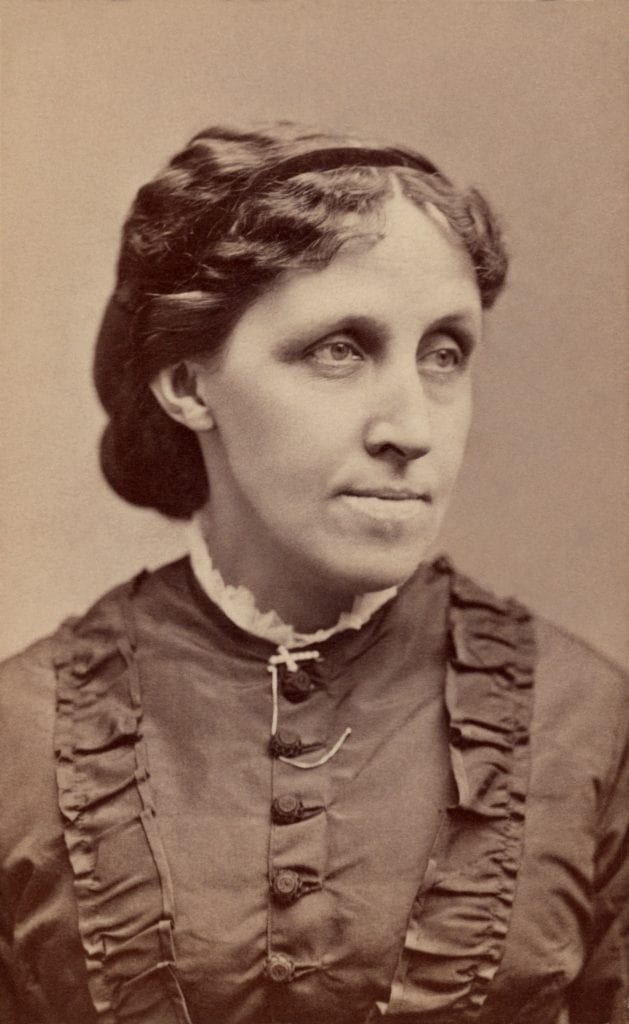 In the above video Louisa May Alcott (reinactor) tells her story of growing up in Orchard House. Click “watch this video on YouTube.”

Here is another video of the Executive director of Orchard House tells about the life of the real family behind Little Women. You may need to click “watch this video on YouTube.”