Do you live in a haunted house? There are a lot of people that do.

All my life I had an interest in ghosts and finally one day I decided to join a ghost hunting group.

There were several of us. My very good friend Deryl, a special needs teacher by trade and a super authority on the paranormal ran the group. One day Deryl was approached by the producer of “The Deadliest Catch”   to do a ghost hunting show on The Learning Channel (TLC).

Also in our group were several psychics and they were rotated in the shows using three psychics for each episode. 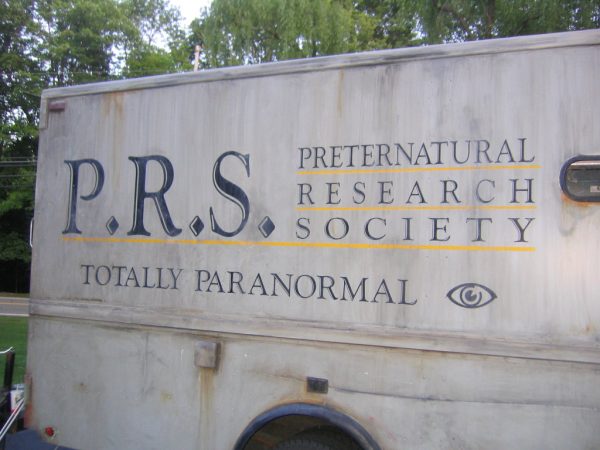 This is the truck they gave us. A crew of artists painted it to look old and battered.

The producers gave me an assistant who appeared in the show as part of the group and did most of the research but she was not part of our group.

After several months of contract negotiation filming began in June 2005. I was working at the New Jersey Historic Trust at the time and after work I would travel to a hotel near the location and filming would begin Friday evening and end on Sunday evening. It was a very exciting experience working with the crew who would tell us stories about big name actors they worked with and lots of gossip. On location I could always be found snacking at craft services which became our social hangout between scenes.

Approximately 50 hours of filming would be edited into one 45 minute episode. Although I was part of the ghost hunting team, I was not allowed to do the investigation. The part of a historian was my specialty.  I was told that being in that role along and also part of the investigation would be confusing to the viewers. I was not happy about that because I wanted to do both.  The original idea was to have me present my research and then for me to run off and leave the group to go to a party. One shoot they filmed me getting dressed up to go to a party at the governor’s mansion for a historic preservation fundraiser gala I was invited to. It ended up being cut out like so much was. 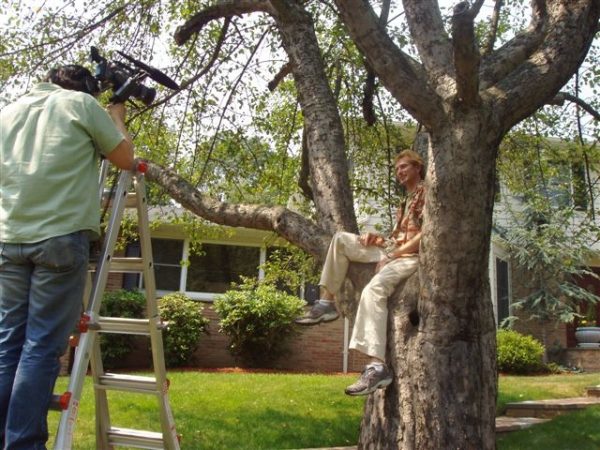 Me sitting in the last remaining apple tree from an old apple orchard now located at a private home.

The picture above is me being filmed in one of the last remaining apple trees on what was once an apple orchard in Watchung NJ. The house was built in about 1970 and was visited repeatedly by sprit residents from a farm dating back to the revolution and also by a teenager who died in a car crash when drunk in the 1970’s. A house does NOT have to be old to be inhabited by spirits. Those houses that were historic and not up to my standards, believe me I let the homeowner know. I was on location with them the entire weekend so they really got an ear-full and could not escape from me.

The show premiered late in 2005 but did not do well. The producer grew up in a haunted house and always wanted to do a show about ghosts but the time was never right he said. Then when the time was right there were numerous ghost shows on every network. The market was just too saturated and we never got picked up for a second season. Later Dead Tenants re-runs were being viewed all over Europe instead of the US. I recall someone sending me an advertisement for it in Romania. I even had plastic surgery on my nose right after the shows were finished. I thought that would give me a better chance for other shows, but no such luck. Hollywood did not want me.

Deryl and I are still great friends but marriage, a child, and a big piece of property keeps him busy. I really hope someday he will find the time to get back into ghost hunting for he is a wealth of knowledge.

Here is a 2 minute trailer. I thought this was pretty scary.

I think my favorite episode is one filmed in Plattekill, New York. This episode shown below is called “The Unknown Soldier”. This was filmed on one of the hottest most awful humid bad hair days ever and we were not allowed to wear shorts.  One quick note that is not in the show. A few friends of the son who lived in the house came to the house to visit. They entered and quickly chatted with the Mom before going to the son’s room. Later the mom asked the son who the girl was since she found it odd she was not introduced. Apparently there was no girl with the friends! Watch this episode it is 43 minutes long.

Local Newspaper article about Dead Tenants. There were a ton of articles but most disappeared from the internet by now.

There are more episodes of “Dead Tenants” along with other Old House Guy videos. You can check them out on the Old House Guy YouTube channel here . Hope you like them! 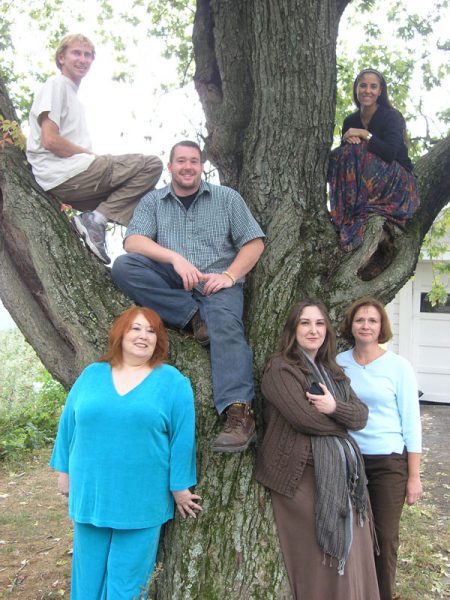 We had a lot of fun and I really miss everyone. Deryl and I still hang out.