Do You Make These Home Improvement Mistakes?

So many of my friends upon moving into their new home, complained about the ugliness of previous owner’s upgrades and remodeling. They were so adamant about restoring the original character and beauty back to their house – and doing it correctly too. When work was done, they were overjoyed with their results. However, all they did was make the same mistakes as the previous owner with newer and more expensive products.

Unfortunately I see this all the time. Homeowners are so excited with their contractor’s home improvement plans, their new creative ideas, and Disney Land interpretation of traditional or historic design. I review these plans in horror. I hate to disappoint them when I show them what is wrong and offer better alternatives. I feel like I am taking a child’s present away from them at Christmas.

They say Beauty is in the Eye of the Beholder. Is it really? Today the beholder’s eyes have been trained to accept low standards. Today our minds are controlled by big business. Advertisers tell us what looks good and we follow. We are distracted from our natural sense of aesthetics.

Today people, brainwashed by advertisements, see beauty/curb appeal in a house quite differently from years ago. Today’s fast pace of life leaves little time to allow our minds to perceive beauty, both consciously and unconsciously. Here are some common examples.

To some people, a house can be beautiful just because it looks new and clean.

When a historic house shows sign of age, and maintenance is an inconvenient expense, just like an old sofa, people put a “slip-cover” (vinyl siding is a slip-cover) on their house, covering it up. True, vinyl provides a nice clean look at first, but it’s a high price to pay to avoid painting. Vinyl siding reduces shadow lines which causes key features to appear differently, resulting in loss of character and a bland, flat appearance. Vinyl Siding explained .

To some, an old house can be beautiful because it has been remodeled or updated with trendy fashionable new products in an attempt to make it look new and fresh or updated.

They believe the latest gimmick advertised at Home Depot will beautify their home. New replacement windows are a must!. A brand new fashionable front door that is being marketed as a symbol of elegance and class flaunts success to the neighbors. A new porch railing in plastic is not only maintenance free but is much higher and safer, meeting the modern day building code, preventing your family and friends from always falling off the porch.

The epidemic of buying that vaguely Victorian door with leaded or beveled glass is still happening. People are buying this door and putting it on every style house without even thinking or caring how incompatible it looks on the house as a whole. Sadly few homeowners have the integrity or inclination to ever consider matching the style of the door to the house. New windows have the greatest impact on destroying the character of the house – not to mention that new porch railing. See windows explained and porches explained

New and Old House Owners – We are All Victims

We are all brainwashed by advertisements and marketing and so are the contractors and handymen anxious to work on your house. Styles have to change to keep sales up. Colonial, Victorian, Craftsman, etc – historic houses that are perfect in their design integrity need to be modified any way they can. If not, revenue from home building products will drop.

The biggest mistake people make is watching home “improvement” marketing shows on television. Yes – they are marketing shows. These shows are meant to inspire you to feel you need to make changes to your home. The high technology, big budgets, and snazzy editing are pretty impressive. When the show is over you walk away inspired to remodel your home. They will never tell you to restore your old windows or repair something because that would hurt their advertisers. Don’t forget that it’s all about money! 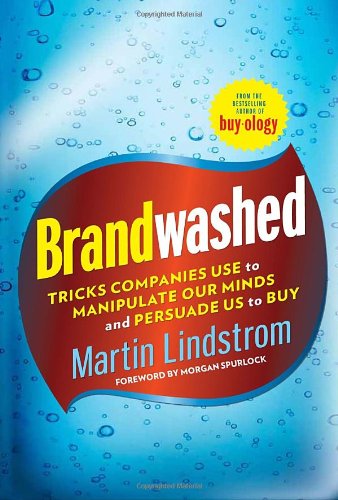 A big selling point is No Maintenance. Well there is no such thing! No Maintenance means cannot be maintained. Even vinyl siding has to be painted and periodically caulked to prevent water from entering – oh, you were never told that? Bottom line – if you want no maintenance, move into a condo.

As convincing as these home improvement “professionals” may be, it is evident many of them lack the knowledge or education necessary to remodel a house based on Aesthetics. They are not really to blame, for the theories of aesthetic design have been buried and almost lost under new Modernism design practices (Cold War architecture) that evolved to produce fast, cheap, low maintenance, no-frills construction. Small modifications to a historic house over the years add up to create the unpleasing and confusing effect most houses now have.

Does Your House Need Help? Where Architecture Went Wrong

The homeowner actions (Myths) discussed above on what makes a house beautiful, DO NOT actually make a house aesthetically beautiful. However this is what most people look at to judge a home’s beauty. It is not so much that we are shallow or have low standards, it is that we have evolved this way – our eyes have been trained because this is the norm. This is what we are accustomed to seeing and this is how it is done.

Compared to a historic home built before WWII, today’s modern homes are flat, bleak, and not intriguing. Unfortunately we not only accept this look, we expect it. But many older and historic houses have the same problem because they have been altered and “improved” in a way that robs them of their original aesthetic beauty and character.

The McMansion tried to bring back the elegance of a grand home and succeeded in sales due to the buyer’s ignorance of aesthetics.

The following excerpt is taken from the Wikipedia definition of McMansion.

Sold to “parvenu” – those having new money but lack the necessary refinement. The definition of parvenu on Wikipedia references Molly Brown survivor of the Titanic – who went from rags to riches overnight. (See the movie “The Unsinkable Molly Brown” starring Debbie Reynolds).

Here is a real good website that shows exactly what is wrong with McMansions and compares them to a normal house. It’s called McMansion Hell .

After reading this definition, I would never want to be an architect, builder, or a homeowner associated with McMansions. Today the majority of Architectural Schools no longer teach the theory and practice of traditional house design but instead revolt against it like a rebellious teenager. The timeless traditional theories and concepts used to create great works in the past, whether large or small, elaborate or simple, which stimulate our minds, are mostly lost. But there is still hope for both new AND old construction by using a Historic Preservation Architect. Yes, there is a difference!

Stephen A. Mouzon, in his book Traditional Construction Patterns explains the following:

Although study after study has shown that the public prefers traditional architecture by overwhelming margins, most non-preservation architects and builders veer away in an attempt to cut costs and also due to lack of knowledge. Instead historic homes consist of misshapen pieces of modern or Disneyland interpreted traditional architecture stitched together with no clear vision of what the result should be.

The same is for current construction stitched together with semi-traditional pieces or architecture. Most people probably can’t explain exactly what is wrong with this sort of building because there are just enough traditional pieces thrown in to make it look vaguely traditional at first glance just as Frankenstein looked vaguely human at first.

Most people really don’t realize how bad a house can be designed. Here is a great site that will help guide you into understanding. Click here to see some photos with explanations.
Part 2 - The Solution
Rules of Design -Your Answer To Everything