I would feel so sad when I would drive around and see so many old homes being covered up with vinyl, or beautiful old windows being replaced with glaring white plastic junk. How can these people really think they are improving their home? How can people be so easily influenced to make such bad choices and waste their money? Someone needs to help these people and save their houses!

This was a battle too large for me to fight. Marketing this so-called ‘home improvement’ to the public is big business. So I thought the best way for me to fight the war on vinyl siding and replacement windows was to write an article about them on a website. I was working at Dow Jones at the time and took a course they offered in HTML and was able to create my own website. I would keep paper copies of the website articles I wrote in my car, and if I saw a house being ‘worked’ on, I would put a copy in their mailbox – although it was really too late for the homeowner to do anything at this point.

As my knowledge increased and the website articles grew, there was too much paper used and this was environmentally wrong. I then started to promote the website online to spread the word.

Since then the website has greatly expanded from getting a hand-full of hits to about 50k a month. In addition we are also using social media. I hope you will subscribe, follow, and forward our content to your friends. Now we can work together. We need your help. We may not be able to stop people from messing up their homes, but we can educate them here and they can see for themselves. 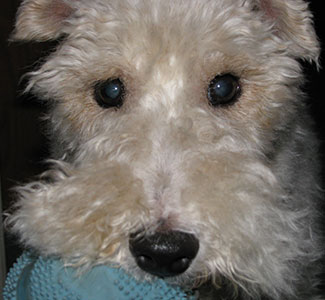 Who is that little doggy on the top of the page? It’s Monkeyface, a wire-hair fox terrier. The name Monkeyface came from the 1941 movie Suspicion directed by Alfred Hitchock starring Cary Grant and Joan Fontaine.

Monkeyface liked hanging out on her porch. She also liked to sneak off the porch to eat Mulberries off the ground. She usually slept when we worked on the website or design projects, but was always very supportive

Monkeyface passed away November 3, 2013 and is missed very much.
Click here to see some photos of Monkeyface. Born in June 2014 Lucypooh has a lot to learn. She is in training now and has a long way to fill Monkeyface’s shoes. 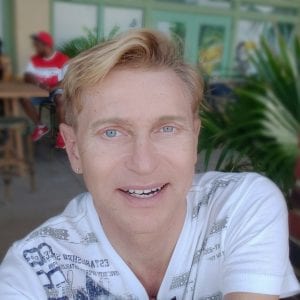 Yes, this is me. Ok, I know what you are thinking. How can someone so handsome not be in the movies? Well hold on, we will get to that later.

Ken (that’s me) is currently a resident in Freehold, New Jersey. Ken lives in a 1910 late Queen Anne Victorian house he restored, for which he received the Monmouth County Historic Preservation Award. Click here for restoration photos.

The house was also on the (HGTV) Home & Garden network’s TV show ‘Restore America’ showing the restoration work although it was not fully completed at the time.

See the video below.

Upon graduating college, Ken worked in the financial field at Chase Manhattan Bank and Dow Jones. After attending the Burning Man Festival Ken decided to switch to a career he believed in, where he could fulfill a purpose other than making stockholders rich. Upon returning to school and graduating from Drew University’s Historic Preservation Program, Ken left his job at Dow Jones for the New Jersey Historic Trust, where he worked as a Senior Historic Preservation Specialist – project manager.

Ken once again made his way into everyone’s homes when he was cast as a researcher and historian on a ten episode TV series on ghost hunting. The show “Dead Tenants” was broadcast by Discovery Network’s – The Learning Channel (TLC) and shown to viewers world wide. Thom Beers known for the series “The Deadliest Catch” was the executive producer.

See the trailer and full episode below.  More episodes are here on youtube .

I wrote a page with more details about our group and the filming of the Dead Tenants TV show here. 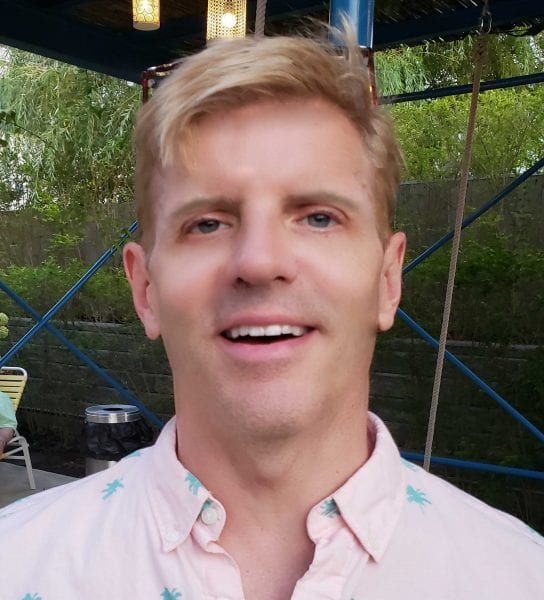 Dan’s been the webmaster for the Old House Guy website for the last several years. Dan doesn’t have a background in historic preservation or old homes, but he feels he’s learned much by being the webmaster on the Old House Guy web site. Go ahead, ask him something about windows or shutters. He might surprise you! If you have any questions or suggestions for the site, feel free to e-mail him.

Well we hope the Old House Guy website has helped you out. By suggesting this site to your friends, YOU can help save old homes. The first step is to get the word out.

Thanks for stopping by!
Ken, Dan, & Lucypooh (woof!)